Railfare began publishing books about Canadian railways and transit systems in the early 1960s, and has produced over sixty high-quality books. The Railfare partners formed an unusual and skilled combination of people who were not only railway enthusiasts, but also deeply experienced in railway history, photography, graphics, and publishing. Railfare has become regarded as one of the premier publishers of Canadian railway and tramway history.

In 2005, Railfare Enterprises Limited of Pickering, Ontario, inaugurated a partnership with DC Books of Montreal, to produce a railway heritage line of books under the imprint

Railfare finds authors who know their subject intimately and can write well about it. Railfare works closely with the author to ensure that the work meets exacting standards, to provide the reader with a combination of the history and interesting photographs. The illustrations and photos – most of them never previously published – are carefully placed adjacent to the relevant text, while informative captions, interesting notes, thorough explanations, tables, graphs, and appendices are cross-referenced to be “reader-friendly.” Thus, each Railfare DC book has “set the standard,” becoming the complete and authoritative reference on the subject of the various Canadian railway and transit topics covered. 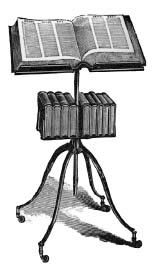 The President and editor-in-chief is David Henderson. Managing Editor is Keith Henderson. Giuliana Pendenza is Director of Communications. Railfare DC Books are designed and typeset by acclaimed railway book designers, including Ian Cranstone of Ottawa, Eric Clegg of Quebec, and by Primeau & Barey of Montreal.