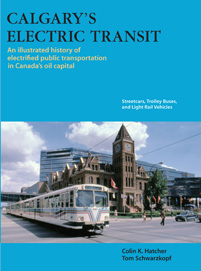 Here's how to SAVE:

You'll save time and some money if you "Buy Now" using your credit card (below). Note: US$ to ALL addresses.

Canadian addresses will save A LOT MORE by using the special "Going Postal" offer.

Postal service supports use of mail order. Save twice as much with special mail-only pricing.

For lowest price in C$, complete the Option 2 "Going Postal" order form... You can still choose to use your credit card via PayPal!. 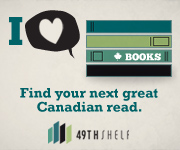 Calgary was founded in 1875, when the North West Mounted Police established a new fort – Fort Calgary. A big boost for the city came eight years later, when the Canadian Pacific Railway – building westward to the Pacific – reached the Bow River in 1883. Calgary became an important centre for Canadian Pacific operations and has since become the railway’s headquarters location.

By 1909, Calgary boasted a population of 30,000 people. In July of that year the Calgary Electric Railway began operations with two cars, sixteen employees, and three miles of track. The system quickly grew and the following year became known as the Calgary Municipal Railway.

Through its forty years of street railway service, Calgary acquired passenger cars from such well-known Canadian builders as Ottawa Car Manufacturing Company, Preston Car & Coach Company, and the Canadian Car & Foundry. In addition, the system’s roster included used cars from several sources in the United States. Totalling 113 cars in all – plus a scenic car – it has been a daunting task to secure photos for this book. Many superb images have been discovered, illustrating the operation of streetcars in different sections of the city. There are over 150 streetcar photos. Finding trolleybus photographs has been a challenge as well, but the authors have succeeded in gathering a fine selection representing all classes of 'trackless trolley' coaches purchased new and acquired used from other US systems. You’ll see streetcars and trolleybuses operating in the city centre, in the rural suburbs, and in residential neighbourhoods. Coverage of today’s modern rail transit cars is outstanding. Now called 'light rail vehicles', all classes of these LRVs are represented, operating in all seasons, and over most portions of the system, illustrating the many varied and unique Calgary urban environments. Rich, carefully composed black and white photos are rounded out with a fine showing of subjects in colour. There’s a variety of photos to interest everyone with an interest in the development of Calgary as a city: the construction of 'The Bay', early scenes in Bowness Park, and some views of the streetcars serving seemingly unpopulated fields that today are thriving subdivisions.

Special "Going Postal" Offer for mail- and eMail-orders only:

For a limited time, you can take advantage of flat rate shipping. Here's how it works: one book or many – it doesn't matter which! If the total value of your order is:

Send your order now. You'll get 10% discount off the list price.

US$ funds for USA addresses

2. You'll get a prompt e-mail acknowledgement of your order, confirming your total cost.

3. There's absolutely no obligation if you change your mind upon receipt of your acknowledgement.

4. You can then CONFIRM your order and enclose your check, bank draft, or money order.

6. You can choose to PAY your Paypal invoice securely on-line, with your credit card.

Just fill out the form below, scroll down, and submit!